Attentat 1942 is a unique narrative video game. It tells a story of Nazi occupation through the eyes of survivors. The game is built on personal memories, interactive comics, and authentic footage. You will speak to eyewitnesses, live their memories, and discover the untold story of your family.

Cosmopolitanism and apocalypticism are both powerful contemporary responses to globalization. Apocalypticism, I propose, is a mythic response delivered via transmediated modes of storytelling. The gun is a key symbol in this secularized transmediated apocalypticism, as it travels between mediated spaces like games, films, and television, and lived spaces like prepper compounds, military training modules, and real-life vigilante performances against the „bad guy with a gun.“ But as we should be readily aware, the gun communicates different things in contrasting types of media. When displayed in screened media, the gun is a symbol with ideological power that certainly says things about who is „good“ and who is „evil“ but has no direct operative force. When the gun appears in material contexts, on the other hand, it obviously functions with real corporeal power as an adjunct limb speaking by proxy. As a form of what Thacker, Wark, and Galloway call „excommunication“ the gun is patently apocalpytic in its articulation simply of the refusal to converse at all. This violent shutting down, of course, is a very problematic response to global interdependence. Whereas cosmopolitanism embraces the reality of transnational flows and fluid identities, apocalpyticism rejections these flows in favor of walls, perimeters, borders, and guns. 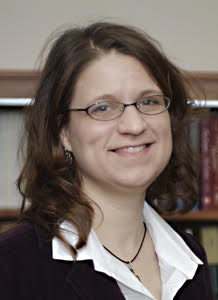 Rachel Wagner is the Robert Ryan Professor of Humanities and an Associate Professor of Religion in the Department of Philosophy and Religion. Her research centers on the study of religion and culture, including religion and film and religion and virtual reality. Her most recent book is Godwired: Religion, Ritual and Virtual Reality (2012) She has also published on religion and virtual reality in Halos and Avatars: Playing Games with God (2010); God in the Details (2010); Understanding Religion and Popular Culture (2012); Halo and Philosophy (2011); CrossCurrents Magazine ( 2012); Digital Religion (2012); and Feminism in the Twenty-First Century (2013). She is working on her second book, Gunning for God: Religion, Media, and New Apocalypticism.

The main topics are usually problems of contemporary education related to the cultural and social change. We especially invite transdisciplinary and interdisciplinary scholars as one of our aims is to avoid the sometimes unclear divisions between different branches and disciplines as well as to promote knowledge above all boundaries.

We invite all papers, yet especially those dealing with the following:

The application form (please find it here: https://goo.gl/forms/JWG5gbWTRCSRpd3N2) should be sent by 31st December 2017. Participants will be provided with a computer and a multimedia projector. Presentations should be saved in the PDF format. The allotted time for each presentation is 15 minutes (+ questions and discussion). The language of all proceedings (lectures, papers, posters, discussions) is English.